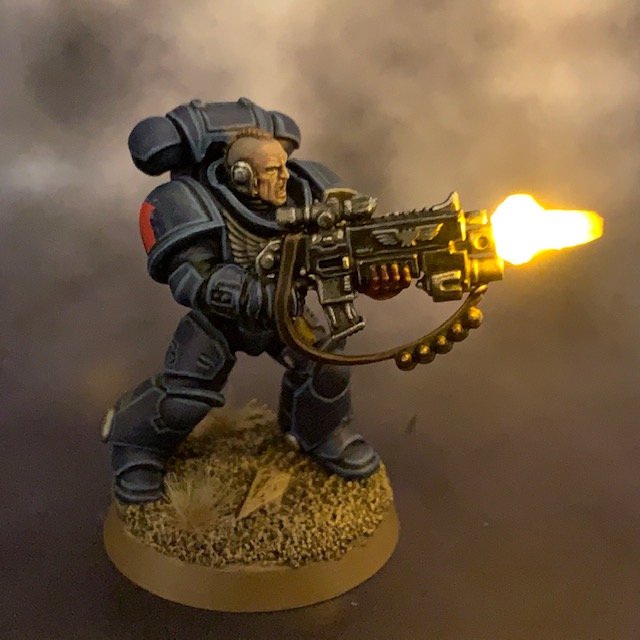 I’ve never met a xenos my bolter couldn’t kill. But for the day I do, the Emperor has blessed me with a grenade launcher – Brother Lyrast

After a busy couple of months working on real-life non-hobby stuff, I’m back in the game with Brother Lyrast. This Intercessor is the third member of my third Intercessor squad. 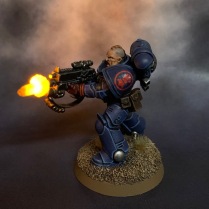 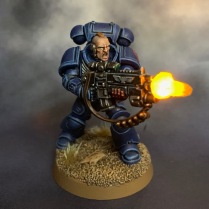 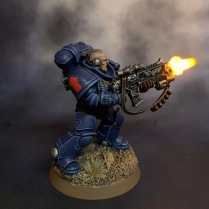 I used my standard LED muzzle flare technique on this model, as detailed in the tutorial here. The only difference was that I used the Nano SMD Chip LED (Amber 3V) from Small Scale Lights, rather than the slightly larger 0805 chip referenced in the tutorial. 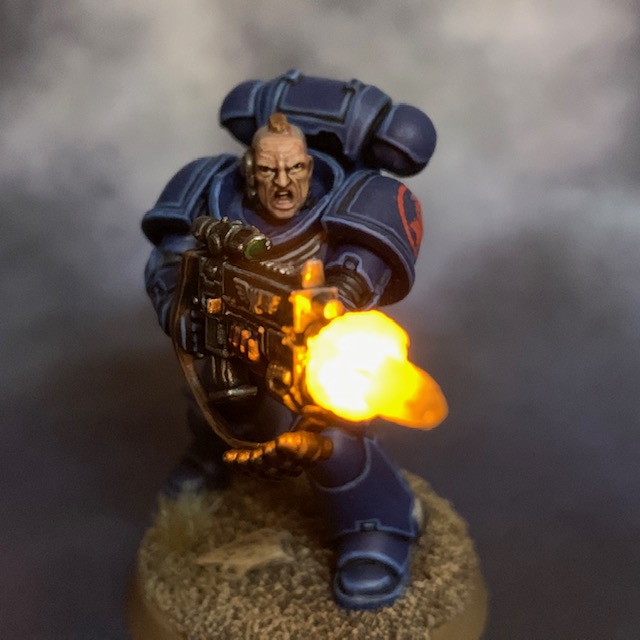 I wanted to experiment with the Nano SMDs as they are even smaller and easier to work with, in terms of inserting it into the model, than the 0805s. The downside is that they’re not quite as bright when hidden under the resin muzzle flare. I’m not especially sold on one of these types of LEDs over the other though, so I think I’ll pick and choose depending on the needs of individual models.

I’m now firmly in the habit of painting my resin muzzle flares with a wash of Fuegan Orange and a glaze of Lamenters Yellow. This makes the miniatures look better in the display cabinet when the LEDs are switched off, as shown below, and doesn’t seem to impact the LED brightness (based off previous experiments). 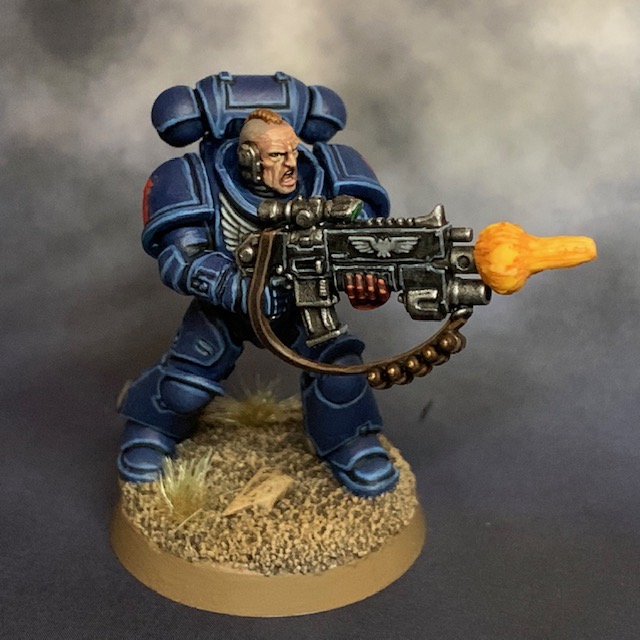 That’s it for this week. My current goal is to finish off this third Intercessor squad, so please drop by again soon for more Crimson Fists!

One thought on “Crimson Fists Intercessor with LED Muzzle Flare”