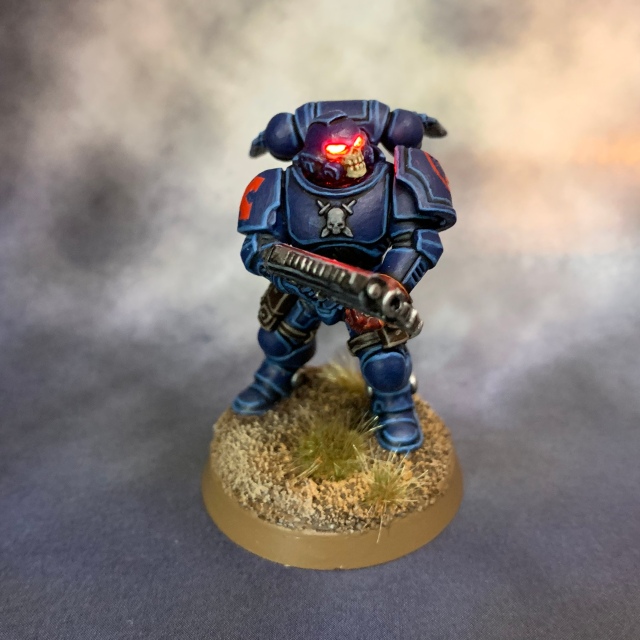 It is said Mankind has many enemies. But we also have many bolter rounds. – Reiver Joha

Another Reiver finished! Not a lot to say about this one as I’ve taken a break from the complicated muzzle flare effects I used on the first two models in the squad. Sometimes it’s nice to have a “rest” and put together a comparatively simple miniature in a “stock” pose.

Even though the reloading pose is a little less dynamic than the other Reivers, I have an overall vision for the squad so that all five of them will be in complimentary poses. Hopefully this will allow for some nice group shots as the unit progresses. 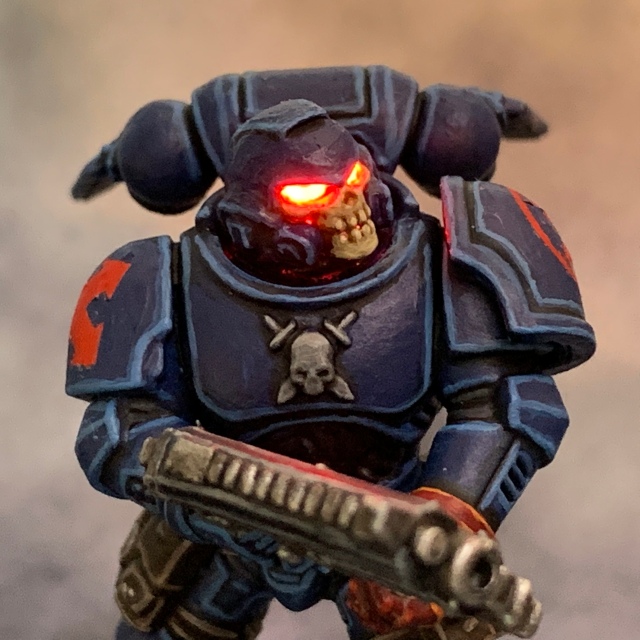 Don’t forget, if you’d like to have a go at LED helmet eye lenses, my tutorial can be found here.

I’m pleased to say that my Reiver Sergeant picked up enough votes to come in third place in the Everchosen contest at the Warhammer Nottingham store this weekend! 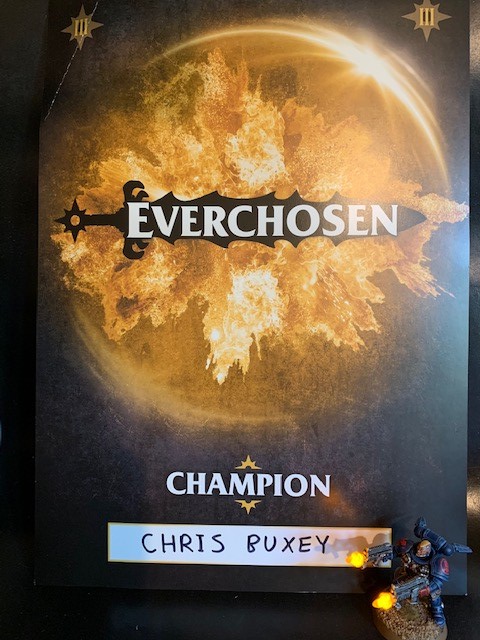 Sadly not enough to progress to the next round, but to be honest the quality of entries at the Nottingham store was so high that I was honoured to place in the top three at all! Thank you very much to anyone who was there and voted for my miniature, if you happen to be reading this!

Nottingham isn’t actually my regular local store, but I was in the area visiting family, so it was the store I was closest to on that particular Saturday. I must say I enjoyed the Everchosen experience; it’s quite different to Golden Demon with the public vote and different rounds. The atmosphere in the store was very friendly – while I was there at least! I hope Everchosen goes on to becomes an annual event. In the meantime I’m looking forward to casting my online vote in the next round!