The Celestial Father whispers from the shadows directly into the minds of his children, sharing secrets that would drive unbelievers mad. The Galaxy is doomed, and only those in the Cult of Cosmic Wisdom have the strength of purpose to be consumed and born anew by the Hungering Gods.

Another addition to my growing Genestealer Cult! Say hello to the Celestial Father, the Patriarch of the Cult of Cosmic Wisdom (if you haven’t already seen him on my Instagram on Saturday that is).

As I mentioned before while talking about my Magus, I don’t want to have too many LEDs in the GSC army, which is just as well as this guy took about two weeks of evenings to build and another two weeks to get a paint job that I was happy with! I had a bit of a crisis of faith halfway through as it just didn’t look right. The problem was that I had the brain area directly behind the eyes glowing, which took the focus away from the eyes themselves. But once I’d added some more paint in to restrict the brain glow it looked good again. I’m very pleased with the final result. 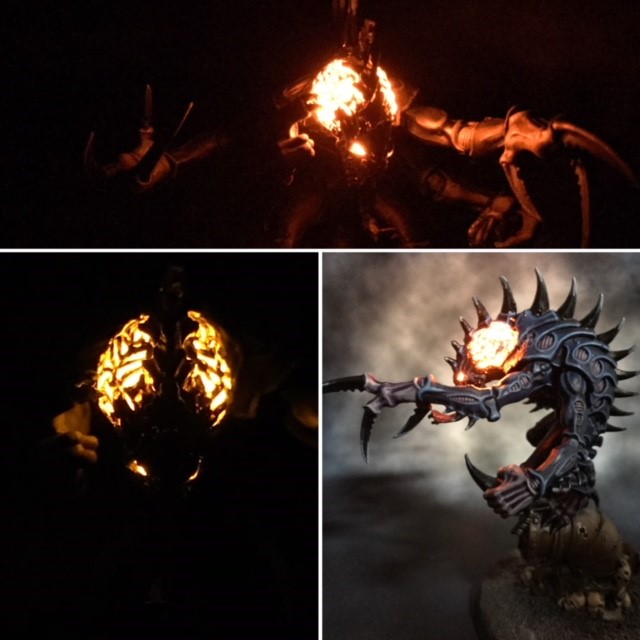 This model was especially tricky as, since the head is integral to the body piece, I had to razor-saw off the whole head and shoulder for resin casting! The whole processes added an extra hour or so to the build time.

If you’re wondering why I went for a yellow LED, as opposed to the blue of the Magus, it was for the following reasons:

Below you can see what that Celestial Father looks like with the LED switched off. Hopefully this allows a clearer view of the paint job. Stay tuned for more Genestealer Cult models in a week or two. 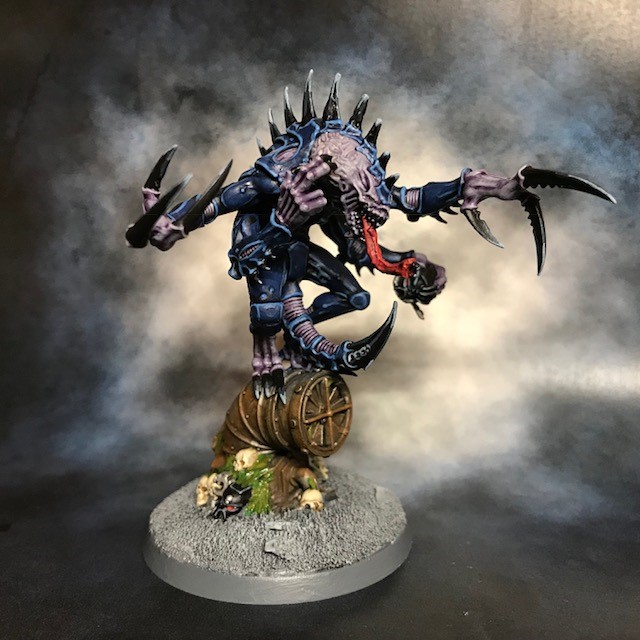 One thought on “Genestealer Patriarch”